Our Hope for a Russian Orthodox Church in Norwich

The Russian Orthodox Church in Norwich is complete – thanks to your generosity. The church was blessed on Saturday 20 August 2016 at 11.00. The first Liturgy will take place on Saturday 10 September 2016 at 10.00. It will be in use most days so that members of the Church can pray together, as community life begins in earnest. At last a permanent home for Russian Orthodoxy in Norwich after over thirty years of struggles. Thank you!

In the East of England there is at present only one multinational and multilingual church faithful to Russian Orthodoxy with its own urban premises. This is St John’s Church in Colchester. God willing and with your support, we have now been able to buy a second one, in Norwich, exactly 60 miles, 100 kilometres, to the north of Colchester.

Why Norwich? For the last five years I have been visiting Norwich and some of the 200 Russian Orthodox there, mainly recent immigrants from the Baltic States, especially from Estonia. I have baptized several in their homes, married couples in Colchester, buried, blessed houses, listened to confessions, visiting every few weeks, sometimes twice a month and am Orthodox chaplain at Norwich Prison.

We thought of dedicating our community to St Alexander Nevsky. We attempted to begin liturgies using the Greek Orthodox church building in Norwich, but were impeded. How are our people and English people and others interested in the witness of the Russian Orthodox Church, to be cared for pastorally? Only from a church building. And such life is required not only by Russian speakers, but also by Romanian, Bulgarian and English Orthodox. Most of our regular parishioners, only one of whom has a car, live within easy walking distance of this building.

On Friday 8 May 2015, Fr Andrew saw a leasehold property for sale on the rightmove website for £50,000 at 134, Oak Street, Norwich. It measured 88 square metres externally and was then used as offices and rooms for a cultural centre. It had electricity, heating and water and was in very good condition. It was so cheap because it was leasehold, in other words, you have to pay £100 rent per month for the ground it is built on. This amount is fixed until 2032. The lease itself is even longer – it lasts until 2047.

On Wednesday 13 May 2015 we organized a visit to these premises, attended by 9 local Russian Orthodox.

By Friday 15 May, Orthodox in Norwich had generously promised to donate £5,250.

On Monday 18 May Fr Andrew received Archbishop Mark’s blessing to buy the building if possible, meaning we could start obtaining pledges to donate.

On Thursday 21 May we heard from the surveyor that it would cost £3,000-£5,000 to knock down the internal walls and make good the floor and ceiling, so we could use this building as a church. This was lower than Fr Andrew had estimated.

On Friday 29 May we submitted the planning application for change of use from offices to a place of worship. This, we were told then, would take at least 6-8 weeks but should result in a positive answer.

On Wednesday 3 June we launched an internet appeal for £55,000 in order to set up our own church in Norwich: http://www.pravoslavie.ru/news/79974.htm

By Wednesday 29 July, eight weeks after the appeal launch, total gifts and pledges had reached £55,000.

On Tuesday 29 September 2015, after over three and a half months!, we finally received planning permission to convert the building into an Orthodox church.

On Friday 15 April 2016 we were at last able to complete the purchase of our premises and prepare to engage a builder to start work on the premises.

On Wednesday 20 April we received the keys and saw builders to obtain quotes to do the necessary work of knocking down internal walls and then making good the electrics, plumbing, floor and ceiling.

On Friday 22 April, the electricity and water were reconnected and supply contracts prepared.

On Tuesday 3 May, we chose the building contractor we wish to use.

On Monday 9 May, electrical and plumbing work began and the structural engineer called in.

On Wednesday 25 May, almost exactly one year after our offer had been accepted!, demolition of internal walls began and Fr Andrew saw a locksmith to replace the broken lock on the main door and a signwriter to replace the signs on the outside, so that all will know that this is an Orthodox Church, and new lighting was bought for installation. Following this the electrical system and plumbing were adapted to our needs.

On Monday 30 May and after, we learned that the building work would cost over £6,000 more than expected because of unforeseen structural problems, electrical problems and the need for professional painting. Although we did not have the money in the Norwich fund for this, we put our faith in Providence and decided to go ahead anyway.

Photos of rooms during the demolition: 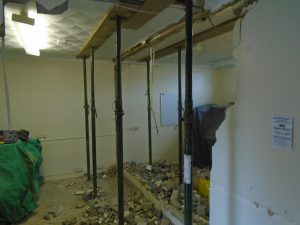 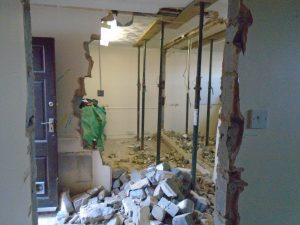 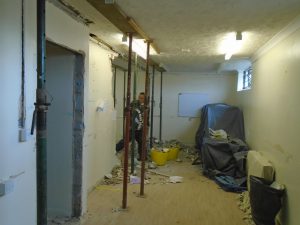 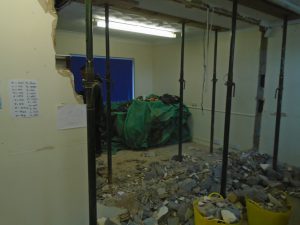 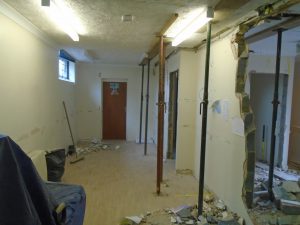 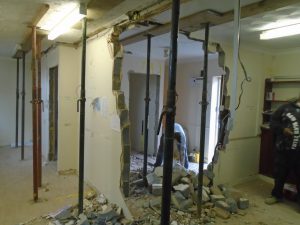 On Monday 20 June workers at last began replastering the ceiling and walls and putting in the new floor.

On Wednesday 29 June we hired a lorry and took everything that had been prepared in Colchester to Norwich and set up the iconostasis.

On Wednesday 6 July painting of all walls and the iconostasis began.

On Tuesday 9 August the new floor was laid, icons hung on the newly-painted iconostasis, curtains hung and signs put up on the outside, as well as many other small jobs completed, creating a fourteen-hour day!

On Saturday 20 August the Little Blessing of the Waters and then the blessing of the Church and other premises took place at 11.00. After this we were all able to meet in the large Church kitchen. 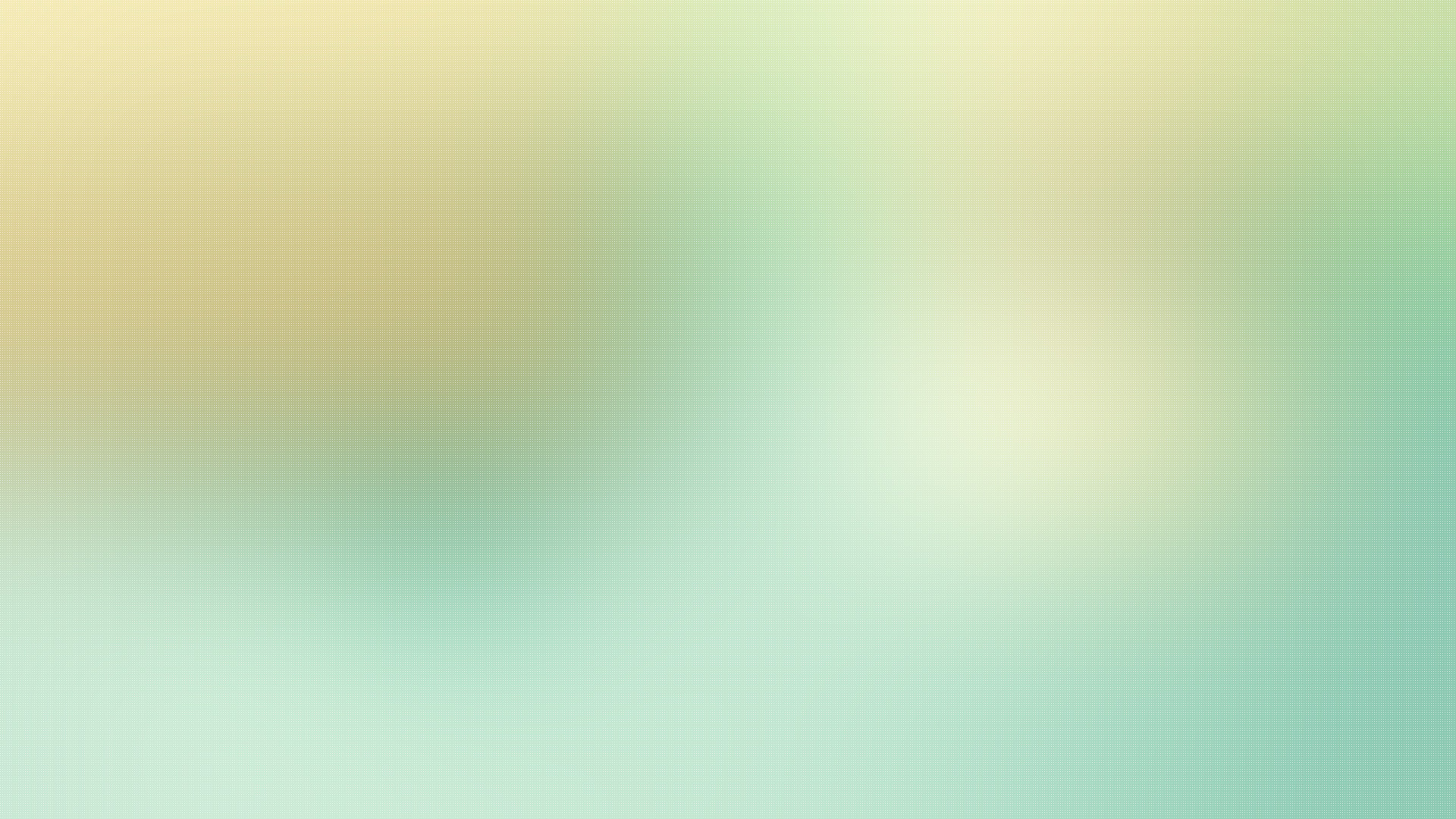